Take a guess and tell me if that was effective. Of course not!

What I explained to her was that she was focusing on how she felt, and what she wanted, and that was not the best way to achieve her desired result. She needed to pay attention to him, and determine what was important to him, in order for him to subscribe to a mutually agreeable outcome.

The same mentality applies to many business interactions, among them:

In Sales, the key is to discover your customer’s frustrations, and offer a reasonable solution to address them. This is often called a ‘pain point’, but can just as easily be related to the effects of success as it can struggle.

In Management, the interaction with employees is best aligned when the employee incentives mesh with the overall company goals. And the employee should be involved as much as possible in this as a collaborative process. This is the most reliable way to have buy-in, loyalty, and a concentrated team effort.

For Employee Development, it is incumbent on the employee to put themselves in the shoes of co-workers, bosses, and customers to best manage those relationships. Each one has its own pressures, and the most effective way to agree on a positive outcome is to appreciate where others are coming from.

In other words, understand the other person, and use that knowledge to adapt your viewpoint and tactics.

As for my daughter, I try to have her see the world through others’ eyes. And it is a daily struggle to deal with two younger brothers. She could have refocused her brother by saying, “Your pancakes are getting cold.” And perhaps that would have worked. Because even at seven, he knows nobody wants to eat cold pancakes.

Thanks to Recipes Hubs for the image. 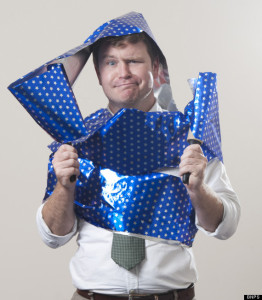 As the Christmas and holiday season comes to an end, and we look to the New Year, I was thinking about the parallels for how businesses interact with their customers.

My social media feed was filled with friends and family staying up to all hours of the night wrapping presents, and then being exhausted on Christmas day. This was done for the enjoyment of their children and the perpetuation of the myth (spoiler alert!) of Santa Claus. Parents go the extra mile for their most important relationships, and wouldn’t have it any other way!

In business, you similarly go the extra mile for your most important relationships, providing an experience to cultivate loyalty. And just as parents vary the experience for different aged kids, a business should tailor the engagement to customers in different stages. When a customer is new to you, it is critical to show your value, provide a timely service, and set your name apart from the competition. As customers grow, showing that you can grow with them and continue to provide a high level of service becomes paramount. After all, it is much more costly to find a new customer than to retain an existing one.

The alternative is one-and-done customers, with no brand loyalty. This results in a constant advertising and lead generation phase and a race to the bottom of discounts and gimmicks.